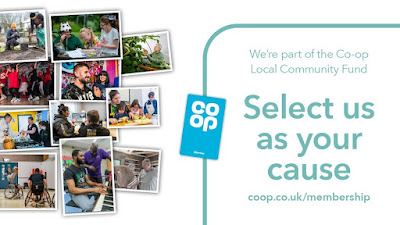 Our volunteer work party schedule for the next few months. Please do come and join us if you're free - a great way to spend a morning, helping nature, working with the local community, and having some fun at the same time. 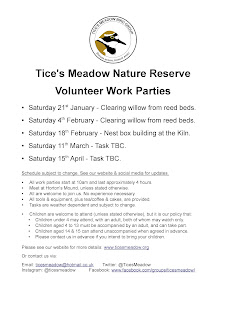 Thanks to the 11 volunteers who turned up for our Friday Irregulars work party this morning. We cleared the southern edge of the big silt pond of willow, and started cutting a new ringing ride to the east of Horton’s Mound. Great work everyone.

Volunteers from Hart Wildlife Rescue release an Avocet in the Workings this morning. The bird had been found ten days ago in Aldershot town centre, having apparently been attacked by a Peregrine.

Big thank you to the 27 volunteers who turned out for our work party today, including the Growth Team from Surrey Choices. We cut and burnt lots of willow from the reed beds.

Well done to Olivia and Emilie (who are doing their Duke of Edinburgh Award with us) for litter picking the nature reserve today!

A huge thank you to the 20 volunteers who turned out for our work party today - 10 from Surrey Choices and 10 from our Friday Irregulars. We cut and burnt willow from the river and reed beds.

A huge festive thank you to the 32 volunteers who turned out for our work party today. We managed to cut and burn a huge amount of willow! Thanks to Lord Len for again running the logistics. And to Andy & Sharon for the lovely baked potatoes and home made mince pies.