Sunday 1st May to Tuesday 31st May 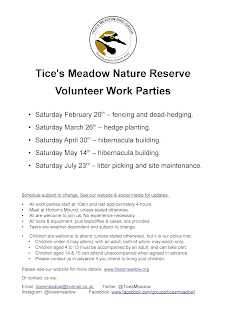 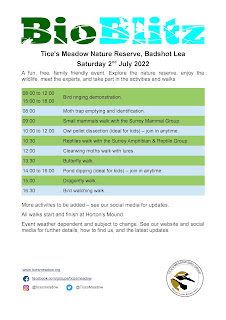 Mark Elsoffer: Common Sandpiper, Dunlin, Oystercatcher, 4 Little Ringed Plover, 2 Lapwing, 4 Little Egret, Kingfisher & c150 Swift.
Anon: Hobby.
We had the pleasure of showing PCSO Dave Boxhall (Waverley Police’s Rural Officer) around site today. We’re looking forward to working together in the future.
We were delighted to lead a group of 19 Beavers (plus leaders) from 5th Farnham around site this evening.

Colin Varndell: Little Egret.
We had a great day in Gostrey Meadow at the Farnham Sustainability Festival today. Thank you to everyone who helped at our stall, and to all the members of the public who bought reports and badges, and made donations.