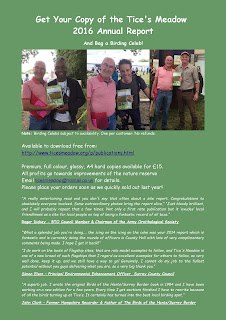 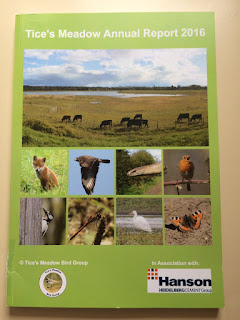 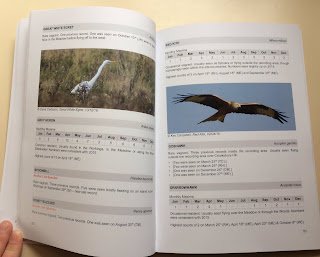 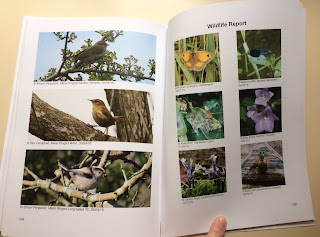 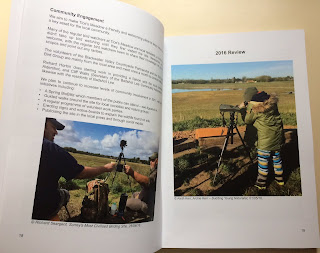 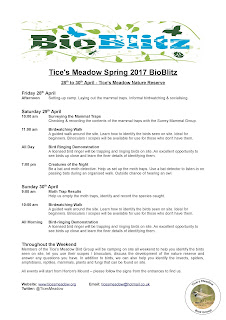 A massive thanks to Murray Nurse for donating lots of bill hooks and saws for our volunteers to use on site today.

A Barn Owl was reported flying along the site boundary this evening by a local resident called Dave.

Barn Owl is a rarely reported bird on site, with only 1 report in 2016, 1 in 2014 and a handful from the winters of 2012/13 and 2007/08. We know Barn Owls are roosting, and probably nesting, in the nest boxes at the Kiln, and are regularly seen in fields in Badshot Lea. They are probably under recorded on site due to no-one being around after dusk to see them.

Barn Owl is the 87th species recorded on site this year.

This is the earliest recorded Little Ringed Plover on site (by 2 days) and the joint earliest ever in Surrey (shared with North Gatwick in 1987).

Little Ringed Plover is the 88th species recorded on site this year.

John Hunt reported a Common Sandpiper, a Little Ringed Plover, a Water Rail and a Red Kite this morning.

The Blackwater Valley Countryside Partnership rangers spent the day on site today cutting and strimming the brambles around the hibernaculars and reptile monitoring sites, along the paths and around Horton's Mound.

Ray has again been on site clearing our the overgrown vegetation from in and around the River Blackwater and the Water Rail Ditch. Ray is a one-man work party, who can be found most days on site working away. We are extremely grateful for his hard work and dedication.

In addition, Dave Baker reported a Sand Martin, 2 Raven and a Siskin today.

In addition, Steve Minhinnick reported a Goshawk today (outside the site boundary).

Sand Martin is the 89th species recorded on site this year.

The count of 15+ Red Kite is a new site record count.

The count of 25+ Buzzard is a new site record count.

A large species of bat was seen flying over the Workings for a while this afternoon - possibly a Daubenton's Bat.

18 volunteers met on site this morning and completed the following tasks:
- Strimmed the ringing rides in the Reedbed ready for the BioBlitz.
- Relocated a disused metal gate from the Plant Yard to the fence infront of the Reedbeds, allowing safe and secure access for ringing and reedbed management.
- Fixed the steps down to the stepping stones.
- Put up a new Tawny Owl nesting box kindly built and donated by Steve Minhinnick.
- Cleared up and burnt the piles of cut willow, brambles and vegetation from the river.

A massive thank you to everyone who attended. Tice's Meadow relies on volunteers generously donating their free time to continue managing the site for the wildlife and visitors.

Redshank is the 90th species recorded on site this year.