Planning Application for Petrol Station on the Bike Field

On January 4th 2016 a planning application was submitted to Guildford Borough Council to build a new petrol station on the area of scrub-land known as the Bike Field at Tice's Meadow.

This development has been on the cards for over 10 years and originally included a hotel as well as petrol station.

Planning applications can be emotive subjects, especially when on a nature reserve. This post is for information only and does not represent the views of the Tice's Meadow Bird Group, who are formulating an official response.

All the associate documents can be found at:

I've attached a few of the images from the planning application so you can get an idea of what the proposed development will look like. 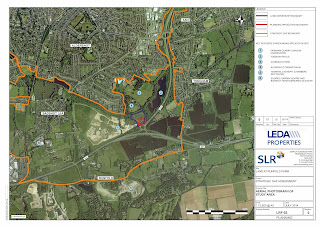 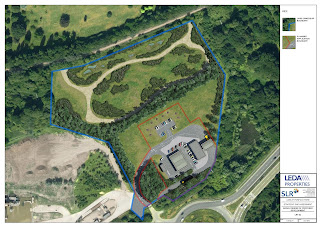 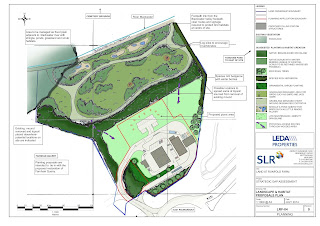 The most pertinent document, with regards to our interests as birders and conservationists, is the Ecological Assessment, which interestingly makes continued references to the Tice's Meadow Bird Group's website and Annual Reports:

As of February 16th, all statutory bodies corresponded with by the developers have raised no issues with the proposed development, apart from the County Archaeological Officer who has said no work should go ahead as the developers have not conducted a survey into the effects on buried archaeology (an oversight on their behalf).

We'd like to hear your feedback on the proposed development. If you would like to officially comment on the planning application, you can do so on the Guildford Borough Council website. The consultation period ends of Tuesday March 1st 2016.
Posted by Tice's Meadow Bird Group at 2/16/2016 07:22:00 pm